Can you become a true fighter without great sparring?

by An Jian Qiu,

If you ask any Muay Thai coach… no!

If you ask any Boxing coach… no!

But if you ask some kung fu teachers… the answer is yes?

There are many kung fu schools nowadays who practice applications in a slow, controlled way. This is a great strategy for beginners, who are still learning the movements, but it simply won’t turn you into a real fighter who can compete or defend themselves:

The difference between applying a technique slowly to a willing partner and using a technique in a stressful, high-speed situation is like night and day.

At An Wushu, we believe sparring is of critical importance. A student following our standard schedule performs Sanda (Chinese kickboxing, a mixture of punching, kicking, wrestling and takedowns) 5 days a week: 3 long sessions to build skills and 2 shorter ones to refine them. Most sessions include some sparring and reaction drills.

There are 3 primary reasons for this:

At the end of the day, it’s scientific fact that the body develops specifically:

And if you don’t spar… you won’t become a real fighter. 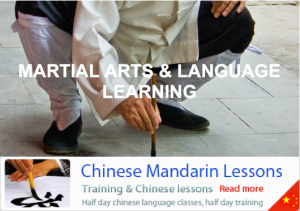 An Jian Qiu, is the headmaster of An Wushu International Martial Arts School in Dezhou, Shandong Province, China.

For further information on studying at An Wushu or other traditional martial arts schools in China visit www.StudyMartialArts.Org