Time is a Thief

“Because life is so brief and time is a thief when you’re undecided.
And like a fistful of sand, it can slip right through your hands.”
(Rod Stewart – “Young Turks”) 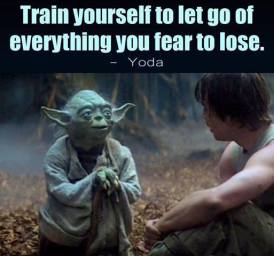 Being “undecided” is the same as choosing to not do something. At some point the decision MUST be made to take action. This is a highly promoted concept in personal protection. Choosing to do something to protect yourself has a much greater chance of survival than choosing to do nothing.

Now, timing is a key in choosing when to act! Learning to see the timing comes from training (i.e. practicing to make decisions). One of the ways that martial artists train for this is sparring. If you don’t decide on something to do, you get hit. Your first attempts at deciding what to do could also get you hit but you have now learned what variables go into decision making. This leads to better decisions. Since I live in Minnesota, it is inevitable that I’ll drive on icy roads in the winter. It usually takes a slip or slide or two to remember what to pay attention to after the first snow storm but it doesn’t take long to have the decision making for those situations back in good use.

The previous reflected physical and tangible things to make have to make decisions about. The problem is when we can’t take our decision making skills and apply them to non-physical and intangible things. How to chase your dreams is a great illustration here. How long have you hesitated in making a decision about what to do? How many opportunities have passed that would have let you achieve everything you wanted? “And like a fistful of sand, it can slip right through your hands.” This can be anything from finding that perfect job posting and not applying for it because “it’s not the right time” or allowing “I don’t know how” to interfere with moving forward.

These hesitations will cause nothing but resentment. It will build negative thoughts and create insecurity. The further a person goes down this path, the more they criticize others. More time is spent complaining about how badly things are going than about how well things have grown and developed. The only way that accomplishments can be made is through deciding to get them done.

For many years, Tony Robbins has helped motivate people to work for and reach their goals. The idea struck me hard after reading his quote. I recognized the bunch of little things that I’ve been afraid to work on because I couldn’t believe the outcome would be more valuable than what could potentially go wrong. It has left me with more confusion about how to get these things done but that will change as the plan is decided and the work begun. I know that my students have seen some of this occurring but it can’t be helped because I’m not far enough along to have everything smoothed out. It should be seen by them, though, as the journey never ends and the work continues.

If you have enjoyed the posts here, please consider supporting our Kickstarter project, A New Home for White Tiger Martial Arts, with a donation. The project is running through the end of July 2016.

View all posts by Robert Frankovich