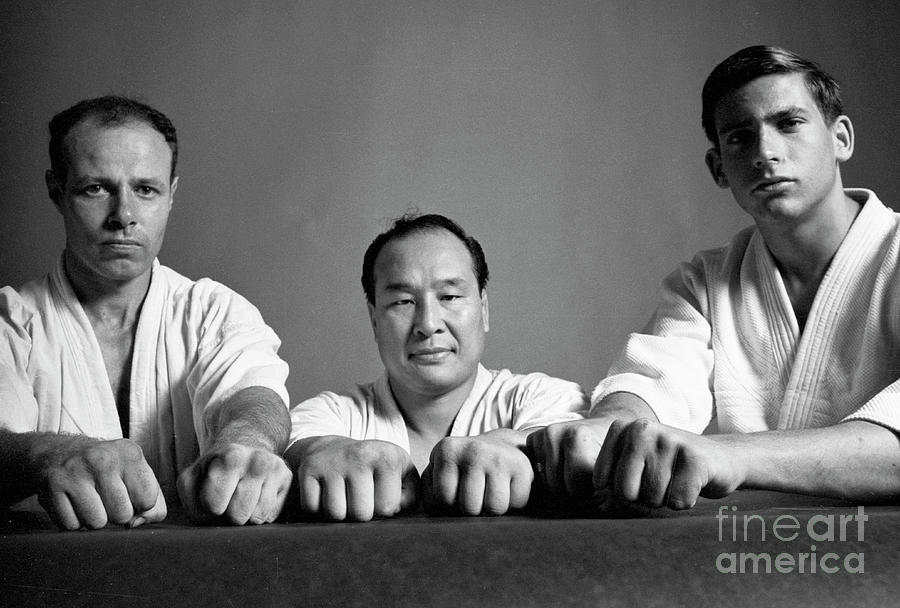 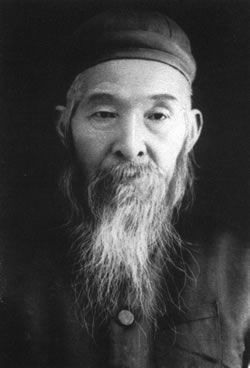 Sun Lutang (1860-1933), renowned founder of the Sun styles of both baguazhang and taijiquan rose early each morning in Beijing to walk to his baguazhang practice with the famous master, Cheng Tinghua. Upon completing his bagua training for the day, he’d immediately set out to walk to the other side of the city where he’d train in xingyiquan under the tutelage of the legendary Guo Yunshen (the “Divine Crushing Fist”). That must have been a really arduous task; even in those days, Beijing was huge. The foot traffic had to be all but impassable, but he walked the route every day, in the blistering heat of summer and the snowy days of winter.

In 1938, Masutatsu Oyama left Korea (being a native Korean named Choi Young Li, and he would later adopt the Japanese name, Masutatsu Oyama) to apply at the Yamanashi Aviation School. He had high hopes of becoming a pilot but was refused because of his nationality, so he managed to find a menial job driving a small truck through Tokyo in the wee hours of the morning. After studying karate under Gigo Funakoshi at Takushoku University, he went into the wilds of Mt. Minobu in Yamanashi Prefecture where he trained outside of the small hut he’d constructed. Eventually, he stopped living in the run-down structure and when he no longer received supplies of food from a friend who had been bringing them to him regularly, he lived outdoors…even in the winter! He noted that he’d sleep on the snow-packed ground and hunt for berries and other foodstuffs to sustain him during the nearly 3-year period he spent on the mountain. He would go on to found the Kyokushin school of karate.

Morihei Uyeshiba (founder of modern aikido) often allowed his most senior disciples to live in his home and he’d wake up in the middle of the night, having dreamt of a new technique. He’d wake his pupils, who would act as his uke (receiver) although they were still half-asleep and bleary-eyed.

And today…students ignore the aches and pains of daily training, push aside the concerns of a day at work or school, and do their best to resist the urge to settle back onto the couch and watch a movie or settle in with a good book. On certain evenings they venture out to class, where they’ll be thrown about and be attacked with a variety of puches and kicks…for reasons that are a little difficult to verbalize. They’re bright enough to understand that practicing their chosen art will likely never land them a Hollywood contract, turn them into invincible super-heroes, or enable them to enjoy a wealthy lifestyle. But they endure through the humidity of summer and the ice of winter to continue travelling their path where the reward for suffering through the phsical and intellectual maze of technique and form is to have more of the same heaped on. And the further they travel along this path, the more demanding it becomes.

Errors and lapses in attention might be forgiven when they are beginners, but illuminated in a harsh spotlight by their teachers as they progress. And finally, as they approach the level where their teachers have no more to teach or even criticize, they may think their journey is nearing the end. Not so. At this advanced level, the practitioner must turn inward to re-examine his technique and lifestyle to seek out weaknesses, impose upon himself even more hardships, and searching for a level of the Way that is increasingly severe.

This is sometimes referred to as “lengfan” or “eating cold rice.” Unless you eat rice as a part of your regulat diet, you may wonder about this expression. Well, the next time you find some leftover rice in the refrigerator, try a mouthful before you warm it back up. You’ll probably find it a bit less than palatable. Very different from the freshly steamed variety. Soldiers in the field would eat cold rice because they lacked the equipment and time to heat it. Bachelors are known to garf it down in the morning when there’s nothing else available for breakfast. A bowl of cold rice can make us appreciate that even the most blessed and fortunate among us will suffer from time to time. Not every meal will be just as we like it…

Eating cold rice puts eating in a new perspective. If we’re hungry, it sustains us. The austere training of the martial will fill our bellies even though it’s not as tasty as we’d like. The austerity of practce in the martial Ways is a lot like that…they are disciplines that are stripped of self-indulgences and ego decorations. To follow them requires a certain amount of stoicism and an enduring spirit. The true martial artists doesn’t mind cold rice; he sees it as an essential means of improving himself and perfecting his spirit.

He doesn’t prefer cold rice, but he accepts it; he knows that true contentment is not gained through acquiring things. If one cannot be happy or content unless they have hot rice (or that new car, or the latest fashionable shoes…), one is probably going to live a very unsatisfied, unhappy life. But if you can be content with the rice – hot or cold – chances are that you’ll find contentment in everything life offers.

The masters of days past ate cold rice many times in their lives; they endured and moved forward. Their lives weren’t centered pn material goals; they’d accepted a different path – one that requires accepting some hardships. Without such a stoic outlook, they’d have learned much less than they did. One well-known author said that all of the valuable lessons he’d learned in life were learned through suffering. So those who have chosen to follow the martial Ways must determine in what direction they want to go. But they must be prepared to eat a bowl of cold rice from time to time… 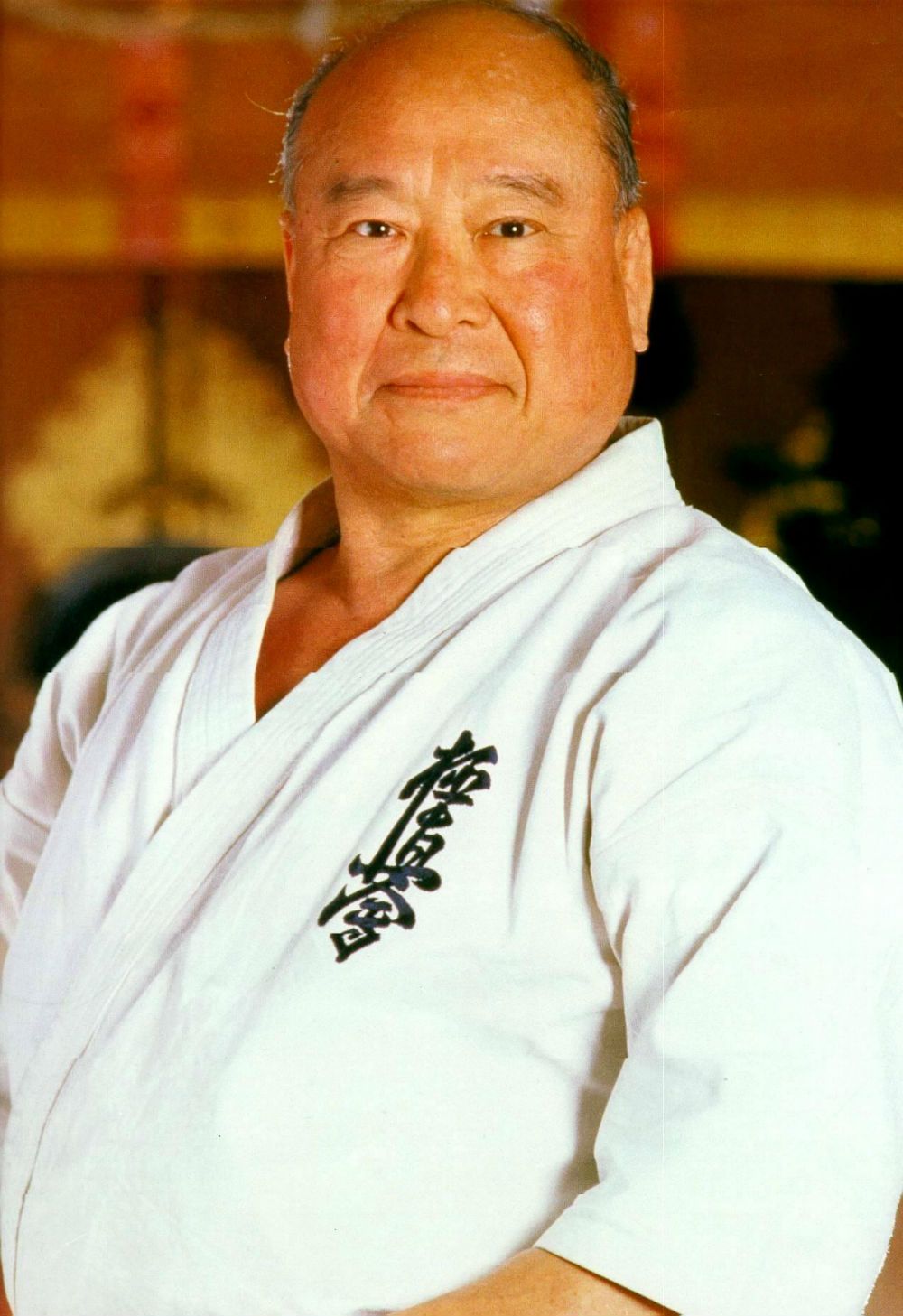