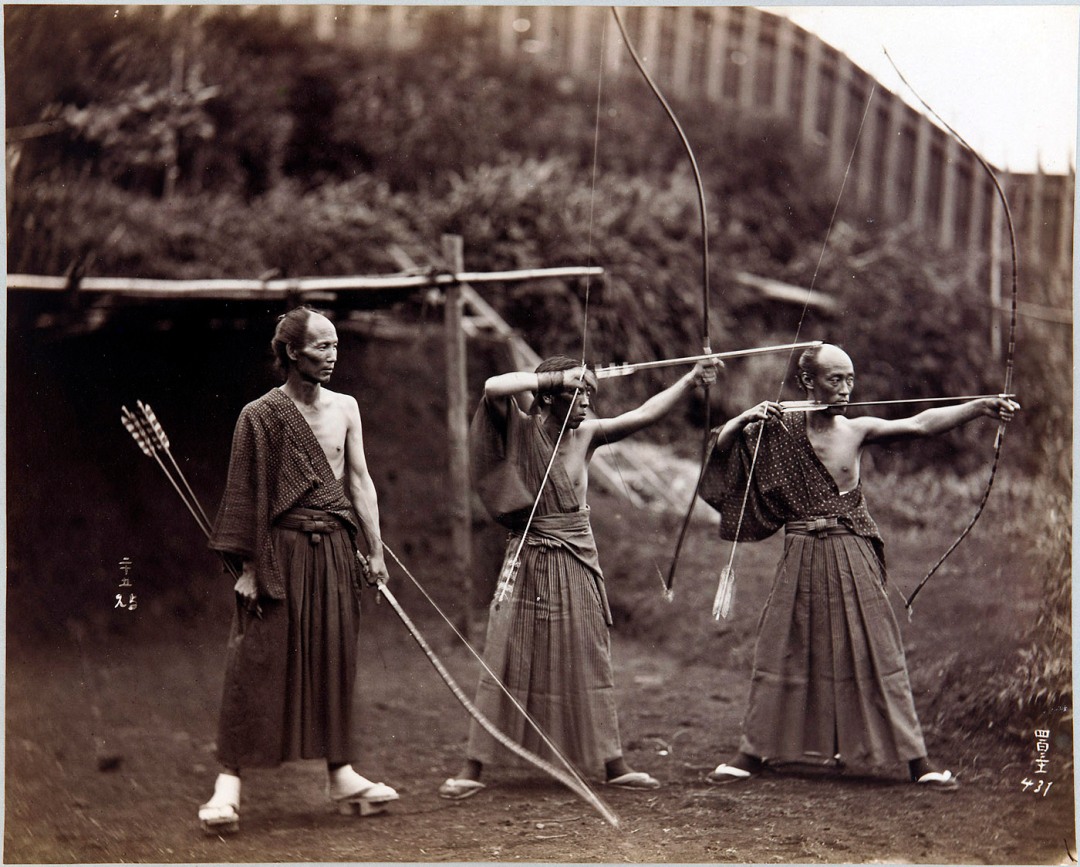 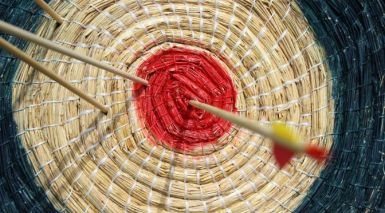 “The bow is shattered, arrows are all gone.
At this critical moment, cast aside all doubts.
Shoot, without the slightest delay.”

These lines were penned by Zen master Bukko Kokushi during the Kamakura era (1226-1286) in Japan. Typical of Zen-inspired poetry, it’s a bit puzzling. How do you shoot if your bow is broken and your arrows are all gone? For an answer, we must turn to kyudo…most of you have never practiced it and fewer than that will ever engage in it but the answer it provides can be applied to any martial Way.

Kyudo is the Japanese Way of the archery. It’s one of the less popular martial disciplines, especially outside of Japan (where high-level teachers are pretty much non-existant). Equipment is terribly expensive; a good yumi (the bow, which is handmade with laminations of bamboo and various woods) can cost as much as $4,500.00, although you can get modern ones of considerable less quality for as little as $500. Then, too, the precise dictates of the art seem to have more in common with the tea ceremony than with a bloody fighting art. A kyudo neophyte will spend months learning the intricacies of kyu-ha, the etiquette and rituals of the art.

The details involved are intimidating and all of them must be committed to memory until the practitioner has integrated them on a level that is virtually instinctive. For instance, there are a certain number of steps taken to approach the shooting stand, the angle at which the bow is held when the arrow is nocked must be just right. All of the various facets of the mechanics and movements of drawing and shooting are precisely set into forms that have been formalized for many, many years. And they must all be learned exactly. There is even a set of certain movements used for approaching the target, leaning the bow against it, and removing arrows from the target! Kyudo is a bit long on outer movements, to say the least.

Many of you will think that kyudo focuses an awful lot on seemingly petty details, but consider that a beginning karate or gong-fu student likely thought he could throw a pretty decent punch…until he started training. His chin must be held just so, his shoulders have to be adjusted here, his hips have to move exactly this way, and so on. I’ve been known to spend as much as two hours going over the details of a simple reverse punch and I could easily have gone on for another two or three. I’ve seen novices become so overwhelmed by the details of their art that they actually freeze. Their eyes betray their minds, which are frantically trying to recall all of the details…and they become as statues!

Many uninformed people present considerable criticism about this approach to what is allegedly a “fighting art.” They often make very ignorant commentaries, claiming that the practitioner who trains in this way will be so concerned with ensuring that all of the tiny details are just right that he’d be quickly pounded into dogmeat before he can mount an effective defense. This reasoning is based on the erroneous assumption that this stage of training (known as toteki, is the FINAL goal. Not hardly.

In time, the kyudo student (kyudoka) begins to integrate the details of the art into his performance. He doesn’t have to count his steps as he approaches the stand; they come out naturally. The arrow is corrrectly nocked without conscious effort. This is the beginning of what is called zaiteki; the bow and archer are becoming one. Practitioners of other martial Ways may use other terms to describe the same thing; they often speak of mushin (無心 wuxin in Chinese), which is a term often heard in the practice of Zen. Mu (Wu) means “nothing” or “without”, while shin (xin) refers to the mind or consciousness. Thus, the term is often translated as “without consciousness” (also, “no mind”). Rather than inferring that one is unconscious, this term indicates that the practitioner no longer has to consciously “think” about what to do.

The practitioner moves naturally; he has passed beyond the level of training that required him to concentrate on the details of his technique. His movements are spontaneous and correct. The technique has become “no-technique.” If you can drive a car, play the piano, or even tie your shoes, you already are familiar with this concept. But there was a time when you stared at the piano keys and tried to get your fingers to move to the right spots. With lots of practice, you eventually reached a stage wherein you no longer had to think about it; your fingers “knew” where to go.

If you’re a skilled typist and you’ve been at it a while, you’d likely be stumped now if someone asked you about the layout of the keys/keyboard. Like, which keys are on either side of the letter “J?” You may be able to type 80 words a minute, but that question confounds you. That’s because you’ve achieved a certain mushin in your ability to type. Now, there’s a considerable difference between the “no-technique” of the highly skilled martial artist and the “non-technique” of the novice. Neither the expert nor the beginner can probably tell you what adjoins the “J” key but that doesn’t mean they’re at the same level in terms of their understanding and ability to type. One must strive to achieve the stage of “no-technique” and there’s no short-cut, no way to bypass technique altogether. It’s going to take time. Lots of it.

The bow, the arrows…as the Zen master’s poem reminds us, these are external details. Drive yourself past them through severe, unceasing training and effort and press in to the core of the art. When you art is fully integrated in body, mind, and spirit, the bows and arrows, the details of the punch, kick, or throw are unimportant. At the critical moment, as Bukko advised, you must penetrate the target without the slightest delay.