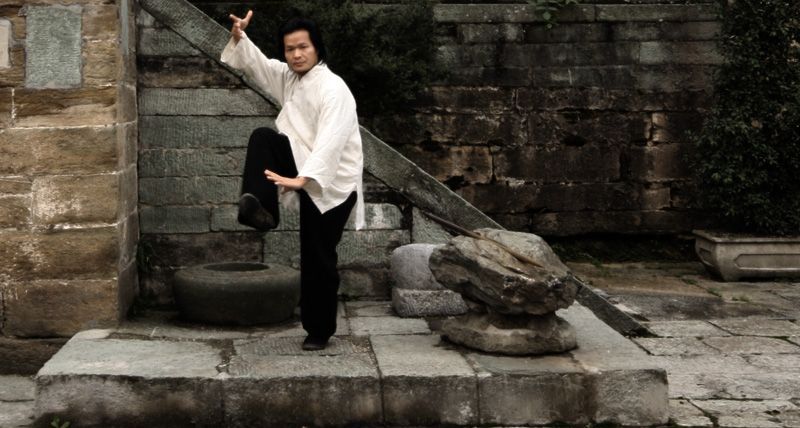 For sometime I’ve been looking to connect to the best Wudang Kung Fu schools located on Wudang Shan. Using the StudyMartialArts.Org network of respected fellow martial artists, friends and kung fu brothers I’ve researched visited and connected to a number of schools over the years.

One of the best on Wudang Shan that we have recently connected to is Master Tang’s academy close to Taichi Lake.

The Wudang Gong Fu & Health Academy is a small school with a detailed and structured education program.

Students who wish to enter and be accepted onto one of their special education programs covering the essential training of Wudang Xuan Wu Pai have the chance of becoming a Wudang Disciple and genuine linage holder of Wudang Internal Martial arts. Pending suitable performance and dedication of course.

The headmaster Tang Li Long is one of the main disciples of Grand Master You Xuan De. Master Tang has years of experience teaching Internal Wudang Martial Arts. He has created a system that teaches the essence effectively and under his guidance students will learn the tradition preserved on the mountain.

Tang Li Long’s vision is to spread the Wudang Daoist knowledge around the world in order to preserve the traditional teachings of dào fǎ zìrán ”the natural way” (道法自然) and the 10 Taoist principles of Wudang Pai. His school has a family feel to it where kung fu brothers and sisters from different countries, backgrounds and experiences can all share their knowledge in order to better understand the way of the Dao.

Wudang Disciple 1994 he arrived at Wudang Mountain and started to learn from Grand Master You. After a long time of hard training Master Tang became one of the main diciples of You Xuande. With a genuine background with in Taiji Quan his skills and understanding where different from other students. He worked close to Master You and helped him write down ideas about Martial Arts and Daoism. Tang Li Long is now one of the “5 Dragons of Wudang” and a linage holder of the Wudang Xuan Wu Pai. 1998 he won a Medal in the 1st World Traditional Wushu Championships and 1999 he was awarded as a outstanding Master in a big Wudang Taiji Quan gathering. 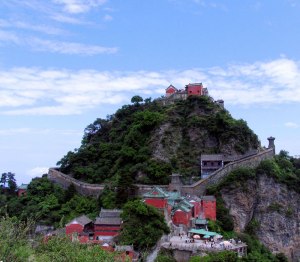 Tang Laoshi, Master Tang Li Long, or “Tang Laoshi” as most people call him, has almost 20 years of experience of Wudang Martial Arts and have a system of teaching that is different from other schools on the mountain. He teaches the foundations of the style and focus on Basics, Qi Gong and Applications. His long time students has won many competitions and gained high skills in Wudang Wushu. His main skill is his ability to bring out good quality of the training and the students and teach the essence of Wudang Internal Martial Arts. He holds a position as secretery of the International Wudang Mountain Taiji Gongfu Association and have done performances in China, Korea and Germany. He has publiced articles in the Chinese Martial Arts Wudang Wind Magazine and Hubei Daily Newspaper. He was mentioned in a book about famous Gongfu Masters in 2010 (“Chinese Folk/Unofficial Gongfu Masters” – “Zhongguo Mingjian Wushu Mingjia”). In 2010 set up the school and the present location in Wudangshan, same year his student Jakob Isaksson, Sweden, won a Silver and Brons Medal in the 4th World Traditional Wushu Championships.

Tang Li Longs philosophy is to wholeheartedly train the disciples and carry on the tradition.