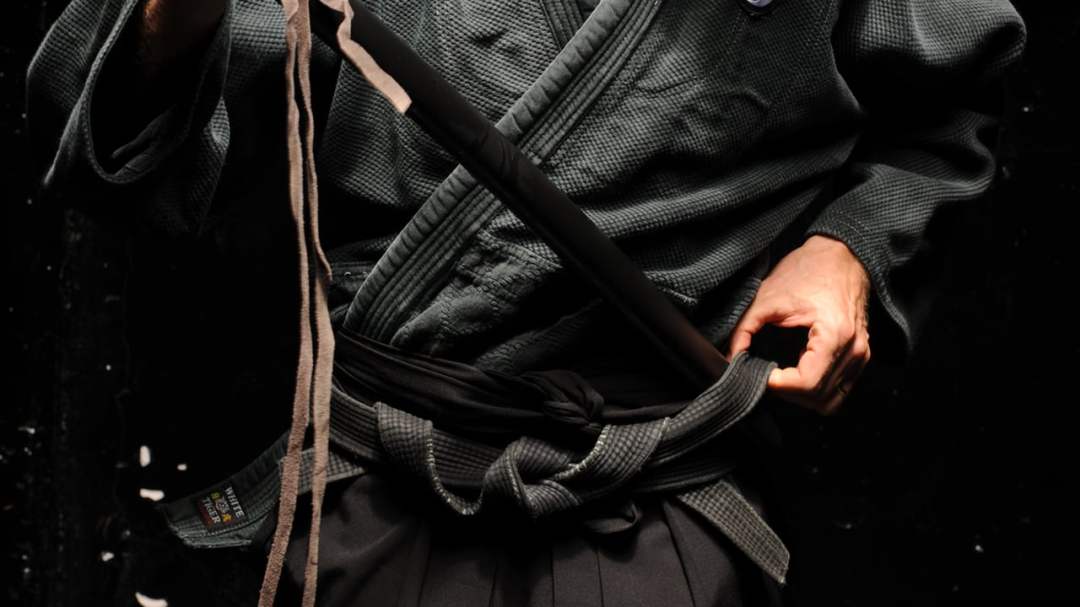 Meaning “Hiding in the Clouds School“, Kumogakure Ryu was founded by Heinaizaemon Ienaga Iga (of the Iga clan) in the middle 16th century. Like Togakure Ryu, which was paired with Kumogakure Ryu by the Toda family in the 17th Century, it is a ninjutsu school of thinking. Both schools teach that violence can basically be avoided. You learn how to go with the flow so that you can achieve what is best for yourself. It is all about adapting oneself to one’s environment.

The Taijutsu (body movement) of Kumogakure Ryu is almost identical to Togakure Ryu. Soke Hatsumi has demonstrated the Kumogakure taijutsu in the past, which was reminiscent of walking in a woman’s kimono; the feet taking small steps, which allows the knees to remain very close together (bent inwards), protecting the groin. This is of course very similar, if not identical to Wing Chun Kung Fu.

One of the special weapons of the school is the kamayari (a cross-bar spear). This was originally a type of grappling device for climbing onto ships, but proved useful for combating sword bearers too. An infamous ninja called Sarutobi Sasuke who was known for his amazing ability to leap form one tree to the next, used the Kamayari in order to swing from branch to branch like a monkey.Despite the close feet, the Kumogakure is known for its great leaps during close combat. Takamatsu Sensei was reputed to be able to leap 8 feet from standstill. Another taijutsu proficiency was the use of double blocks and strikes, as well as strikes against the forearm, yet again, similar to Wing Chun Kung Fu.

In the same vain, the Ippon Sugi Noburi (a metal pipe with an extendable chain inside and 3 claws at the end) was used for both climbing trees and as a flexible weapon in the Kumogakure Ryu. As well as leaping through trees, the Ninja’s of the Kumogakure would wear demon’s masks to frighten their opposition, and they would use the horns on the masks much like an animal would; by headbutting their opponents. They would also use torches that burnt when wet and other survival tactics for extreme environments, making them appear super human or like demons to their rivals. These types of deception and mind games were common implements for the ninja.

To visit Fane Hervey’s site or read more of his writing’s on Ninjutsu visit – www.ninjutsulondon.com