Check out this article on on Kru Pedro Solana by Janine Yasovant. Janine writes for the Scene 4. Enjoy! 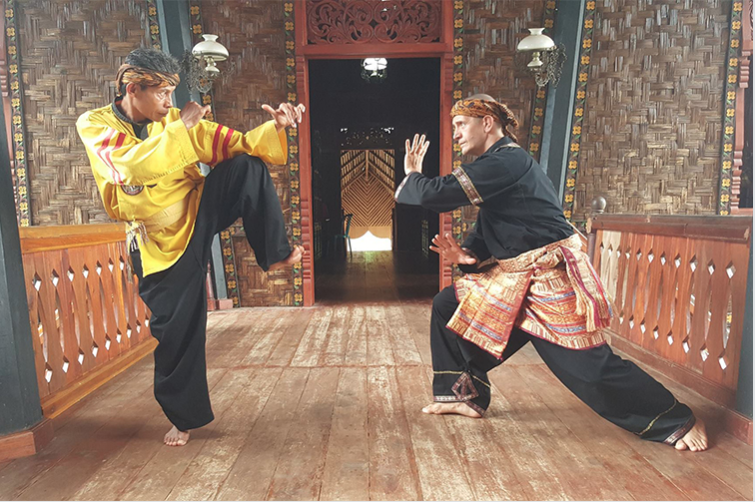 Pedro Solana was born in Spain. He entered the martial arts world training in judo when he was only six years old. In the 80’s he was introduced to Muay Thai by Ajarn Eugenio Fraile, where his fighting career began. In the early 90’s he moved to the USA to further his Muay Thai skills under Ajarn Surachai Sirisute and continued fighting professionally for a number of years. During those years he trained other disciplines including Wing Chun under Sifu Francis Fong, Kali under Guro Dan Inosanto, and various other masters of grappling (Machado brothers, Royce Gracie, Ricardo Murgel and Jacare Calvalcante).

In 1998, after becoming the United States Muay Thai Middle Weight Professional Champion, he decided to travel to Thailand for a full year to expand his Muay Thai and Krabi Krabong skills. In 2000 he opened the Thailand Arts Institute in Atlanta, GA. to support his fighting career. In 2002 he permanently moved to Thailand to continue learning. After becoming a monk he went to train in Muay Thai Chaiya under Kru Lek and came back to Krabi Krabong (Thai Weapons) training under Ajarn Sila Mesaman from the Wat Buddhai Sawan School. In 2003, Pedro Solana opened his first school in Thailand. In 2010 he expanded into various other forms of South East Asian martial arts including Silat Minangkabau Ground Fighting, Bokator and Kalaripayattu. From his exposure to different martial arts he created a unique and effective system of self defense known as “Muay Thai Sangha Fighting Arts“.

Later on, through experience, deep reflection, and self discovery, Solana realized in meditation that certain aspects in the ‘Fighting Arts’ were missing. In 2013 he decide to blend these internal concepts together and develop a new form of self defense called “Kshatria Sangham Internal Arts” which included all the concepts from his past experiences of fighting.

His work now is involved in teaching seminars around the world, and creating documentaries to expose an important message for humanity related to overcoming inner fears and developing and understanding the “Self” through the path of martial arts.

You can read the full interveiw here….